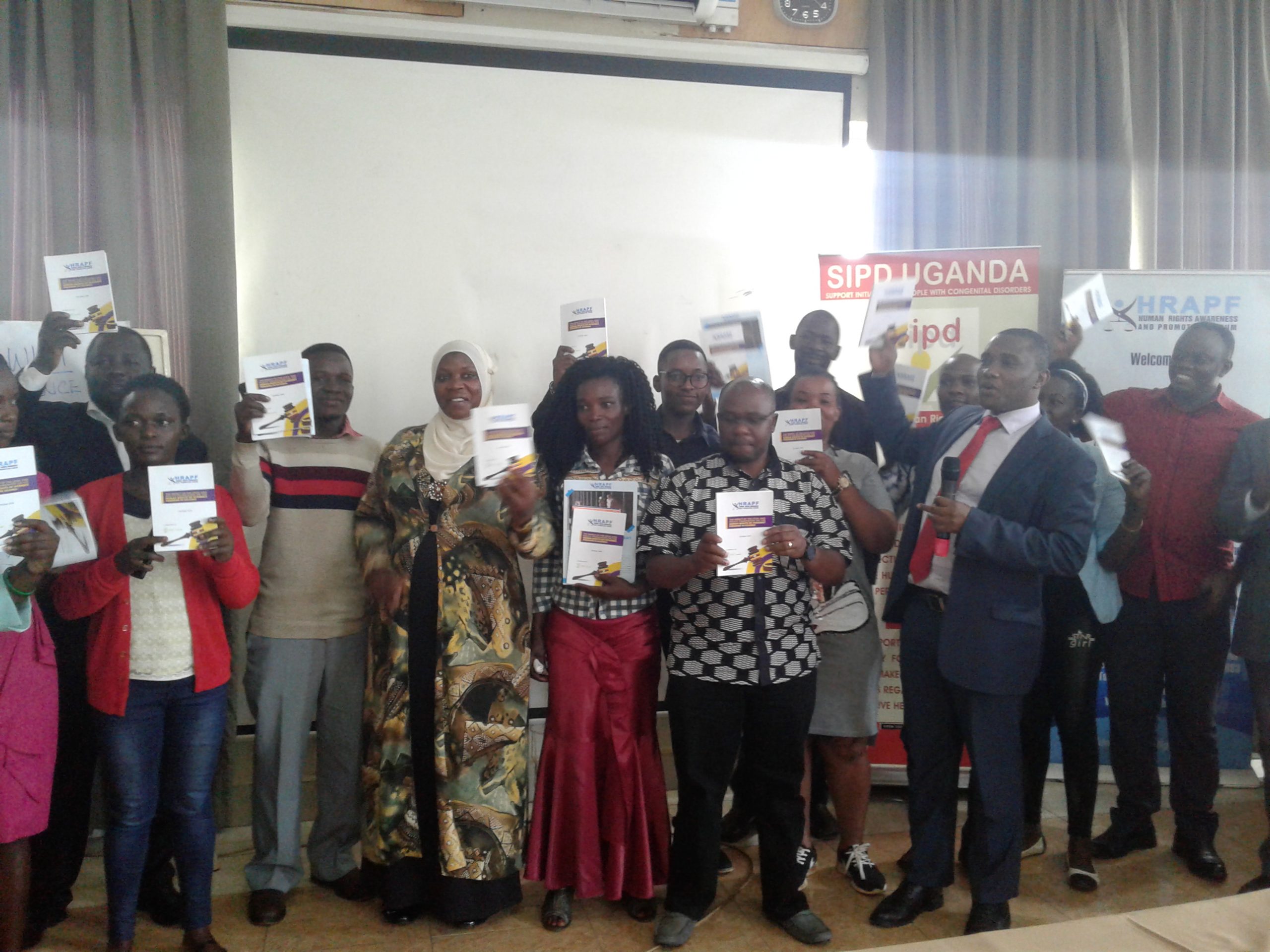 Human rights awareness and promotion forum (HRAPF) has launched the intersex persons report highlighting high levels of discrimination from the general public and now call on parliament to consider amending section 38 of the registration of persons Act 2015.

The report dubbed, “ The impact of the legal and policy framework on the human rights of intersex persons in Uganda” reveals high forms of discrimination at work, schools, health facilities, registration for national documents like IDs and passports.

Its upon this that the report now calls for amendments in Sec 38 of the registration of persons Act 2015 to cater for persons with congenital disorder who are also referred to as intersex persons. Said Dr. Adrian Jjuko the executive director HRAPF.

Meanwhile, Nansamba Susan a resident of Ntenjeru- Katosi in Mukono district, a mother to an 18 years old child with the disorder decries the mistreatment her child has for years faced which almost made the child abandon school and now calls for high class surgeries to have such disorders treated in the country.

She further narrates that CORSU hospitals has so far terminated the services they have been offering her child since she now of age beyond what the facility can now offer.

This means that Nansamba now has to search for another health facility where to take her child for treatment. But her worry is the facility well equipped to handle such complications and the charges.

Legal expert and rights activities now are of the view that parents of children with congenital disorder should wait until the child is grown up to make well informed decision on which gender to hold before they are operated.

Lilian aged 20 was operated in her early childhood and she is now a female but her physical appearance is for a male which has made her uncomfortable to the point that she gets mad at her mother who made that decision.

Lilian who even has beards and moves like a male has a dark skin states that she has lived a troublesome life since school time adding that she got to a point of hating herself not until she was spot by human rights organizations that advocate for the rights of persons with congenital disorder.

Apparently Uganda has no clear number of persons with congenital disorder and those that come out to speak are always marginalized by the public.