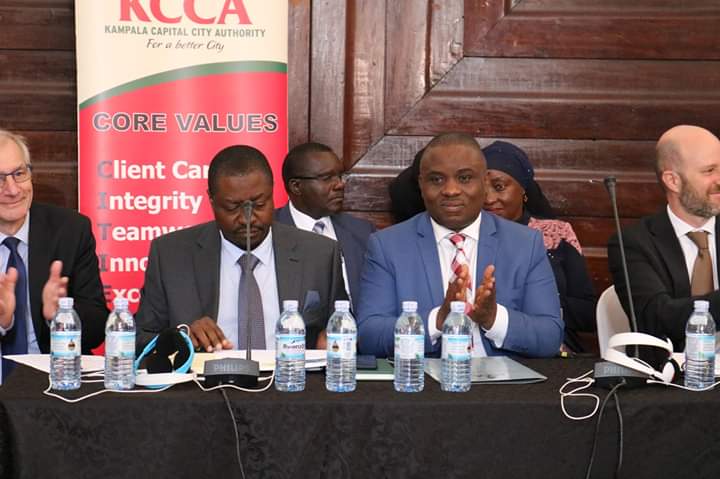 Kampala Lord Mayor Erias Lukwago has hosted the first _ASToN all Partner Meeting_ held at the Lord Mayor’s Parlor this morning. is a Network of 12 African Cities that are following the method set up by the European URBACT which promotes exchanges and cooperation between cities within thematic networks at the European level and supported by the French Development Agency.

In his welcome remarks, the Lord Mayor stressed the need for African Cities opening doors to the world and to each other through closer collaboration. He said this can be realized through improving on the social fabric and having our Cities as economic engines of growth. He called partners to specialize in manufacturing along with other regionally and globally tradable goods and services.

The objective of the Project is to promote the digital transition in the provision of public services in Africa by developing local, integrated and participatory urban projects in collaboration with other cities. The Lord Mayor concluded by reaffirming KCCA’s commitment to harnessing the power of digital transformation towards improved service delivery. The Deputy Lord Mayor Hajat Sarah Kanyike, KCCA Executive Director and Authority Councilors have all embraced this great initiative.