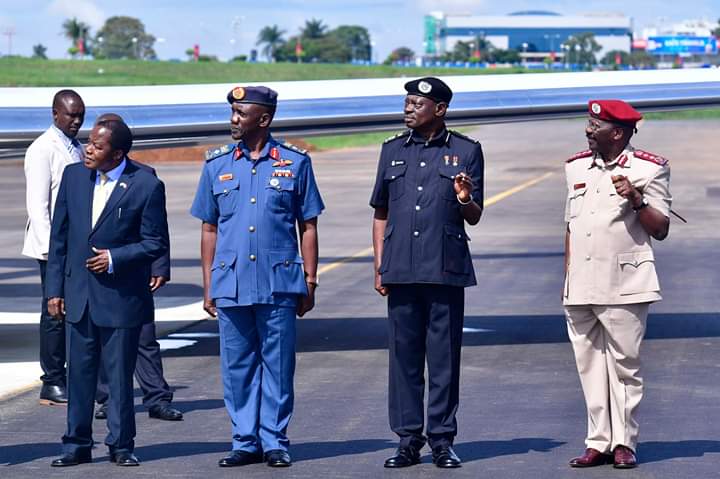 President Yoweri Kaguta Museveni has left for Russia to attend the Russia-Africa summit.
The Summit will focus on actual and potential relations between Russia and the nations of Africa, in the political, economic, humanitarian, and cultural fields among others

Slated to kickoff on the 23rd October 2019 at the Sirius Park of Science and Art, in the city of Sochi, the Summit will be co-chaired by Russian President Vladimir Putin and Egyptian President who is also African Union Chairman Abdel fattah el- Sisi
Sochi is a city in Krasnodar Krai, Russia, located on the Black Sea coast near the border between Georgia/Abkhazia and Russia.
It is 1359Km from Moscow, the Russian capital