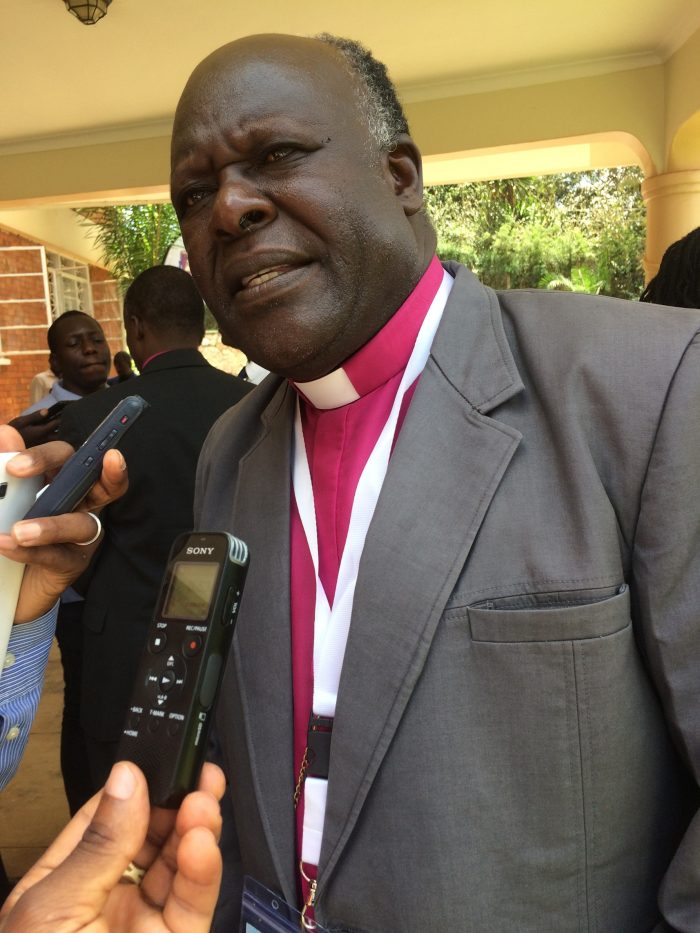 Church of Uganda is asking the archbishop elect Rt.Rev.Stephen Samuel Kazimba to focus his energy during his 10 years of service on preaching the gospel that is aimed at converting more Christians back into the church of Uganda as well as fostering unity among believers and the clergy.

Speaking to some members of the house of bishops after the announcement of the archbishop elect today at Namirembe,Rt. Rev. Henry Katumba W. Tamale ( west Buganda diocese) Rt.Rev. James Wiliam (Mukono diocese) and Rt.Rev Wilberforce Kityo Luwalira (Namirembe diocese) Rt.Rev. Alfred Acur Okidi (West Lango diocese) expressed high hopes in the tenure of the archbishop elect saying, they would love to see him do campaigns that are geared towards getting more believers to the Anglican church as well as building strong fibers of the church of Uganda.

The house of Bishops has today through a secret ballot voted Rt.Rev.Stephen Samuel Kazimba as the new archbishop of the church of Uganda to replace His grace Stanley Ntagali who will be retiring in March next year.