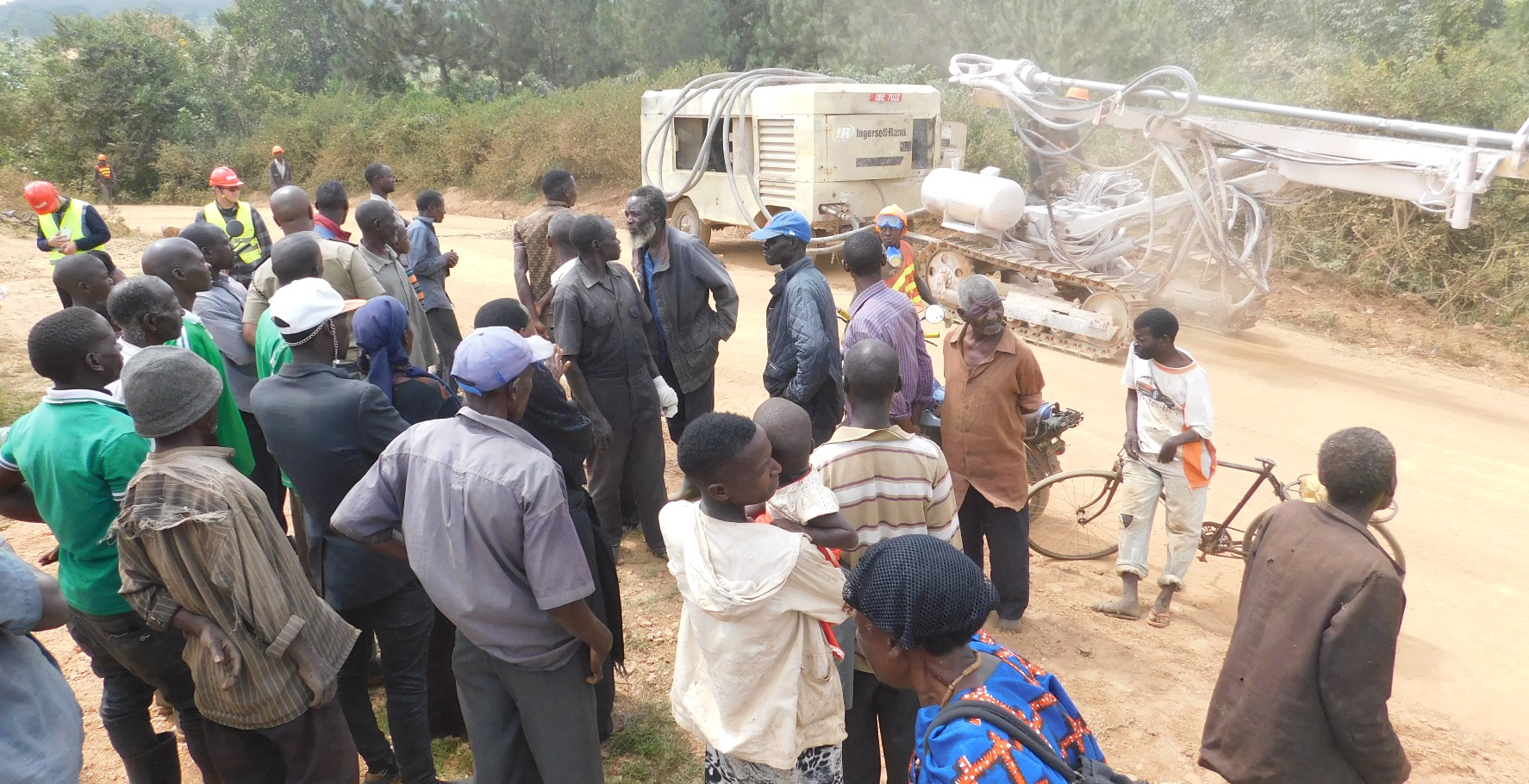 The assessment and compensation process for more than 10 affected households around the stone quarry in Kyaggunda village, Bukulula sub-county has begun.

Households to compensate for the damages are those within 500 meters from the stone quarry managed by Hunan, a Chinese company.

Hunan was sub-contracted by Arab Contractors (Osman Ahmed Osman & Co) which is the main contractor, to supply tarmac stones for the 41km-Masaka-Bukakata road project.

However, they began operations last month before the assessment and compensation process were completed which sparked off protests among residents their local leaders.

Fiida Nabirye, the Kalungu Chief Administrative Officer (CAO) and others blamed the company for rolling out operations before resolving the residents’ concerns.

They said that the residents especially those near the quarry had petitioned them over the increasing noise pollution from dynamite blasts during the company’s night operations.

They further added the dust pollution due to the company’s failure to water the road regularly among other conditions.

But in a joint stakeholders’ meeting presided over by Vincent Bamulangaki Ssempijja, the Kalungu East MP and Minister for Agriculture, Animal Industry and Fisheries (MAAIF) last week (Tuesday), the company managers and engineers said they were ready to compensate the Project Affected Persons (PAPs) but the process was delayed by the  Chief Government Valuer (CGV).

According to Mark Ssali, the Uganda National Roads Authority (UNRA) Spokesperson, refuted claims of illegal operation saying that Hunan acquired the quarry legally and all the lease documents obtained.

He added that the company further conducted Environmental and Social Impact Assessment (ESIA) which was reviewed by UNRA before submitting to NEMA for approval.

“Hunan got interim approval to allow trial blasting and crushing and the trial was conducted successfully. The RAP report was also approved by Chief GV and the Subcontractor is now in the process of settling the PAPs who are within the radius of 500m,” he explained.

Although district leaders claim they had halted Hunan operations temporarily, Ssali said that there are no delays anticipated in the ongoing Masaka-Bukakata project since Hunan’s operations are still on.

However, Ssali said the Hunan (sub-contractor) is verifying ownership of properties affected by the project to ensure that the money is paid to the rightful owners,” he noted, adding that they have involved banks for account opening of the affected persons and the district leaders for the verification process.

In his explanation, the affected persons within a radius of 500m will be resettled away from the quarry area for the Contract duration to avoid risks associated with blasting and crushing. However, they are free to return to their homes when the project is completed.

Hunan managers have pledged to stick to the resolutions agreed upon in the stakeholders meeting so as to operate peacefully.

These include compensating the affected families after the valuation process, sprinkling the road to the quarry to avoid dust pollution, operating during the day as well as sounding an alarm or siren before blasting the rocks.

The quarry covers more than 15 acres and was previously use by Reynolds Construction Company (RCC) Ltd to extract stones during the construction of Masaka-Kampala highway in 2010.

As a result, Francis Ddungu and other PAPs are hopeful that the implementers will expedite the process to avoid interfering the project.

Richard Kyabaggu, the Kalungu LCV chairperson, said they are resolving the matter quickly not interfere government’s running project. He appealed to all residents to give a chance for the valuation process to be conducted without interference for the good of the project.

The government secured a loan from the Arab Bank for Economic Development in Africa (BADEA) and OPEC Fund for International Development (OFID).