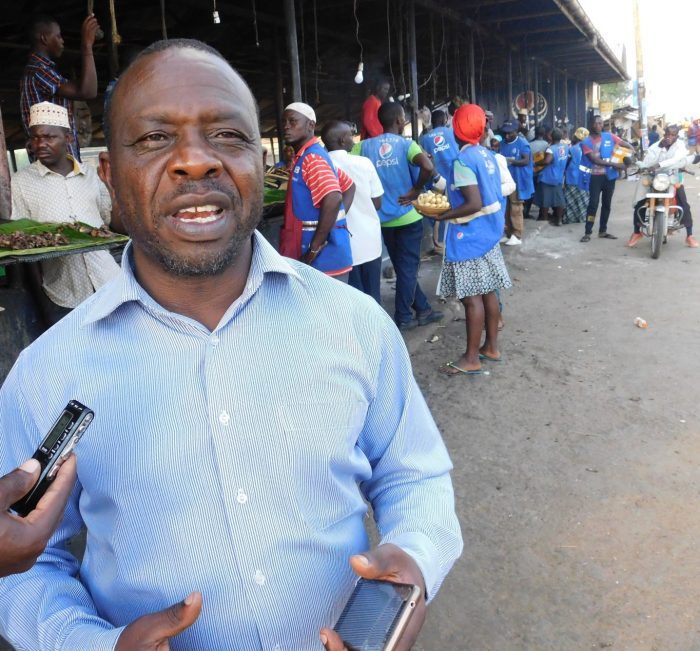 The recent pact between President Yoweri Museveni and Paul Kagame of Rwanda over the closure of Katuna (Gatuna) border has excited more than 500 traders in Lukaya Road Toll market along Masaka-Kampala highway.

They are optimistic that the border will be opened soon following the memorandum of understanding between the two counterparts.

The market is the biggest stopover where travelers buy eats including gonja, a sweet plantain, roasted chicken and meat, cassava, maize plus refreshments among other services.

Joseph Wasswa Ssekitto, the market administrator, said that they have received few customers since the border shutdown on February 27th, 2019.

He explained that in the seven months period they have incurred huge losses due to the declining sells.

“More than 40 coaches plying Kampala-Kigali route, plus trucks and private cars en route to Rwanda or Kampala could stop over frequently. But since the boarder was closed we could barely get about 5 coaches and trucks, he explained.

Before the shutdown, Ssekitto noted, they used to get six trucks (Fuso) of Gonja from Congo twice a week to supply the 200 vendors in the market

However, the trucks that used transport it from the Democratic Republic of Congo to Lukaya through Katuna, were forced to suspend operations causing scarcity of the plantain.

Mariam Nayiga, one of the affected vendors, said that a few transporters and dealers, who can manage to maneuver through other remote entry points into Uganda, usually hike the Gonja price by 50 percent and sometimes double it.

Initially, the vendors used to sell three big pieces at sh1000 but they reduced to two pieces so as to keep in the business until when the border issues are resolved.

Milly Nakintu, another affected vendor, said that they no longer save some money as it were before the Katuna closure. Nakintu used to save to at least sh10,000 on a normal day which enabled her to pay for her children’s school fees, rent, and other necessities.

“The profits which we would have saved are now used for purchasing the plantain whose prices hiked,” she said, adding that the situation will only improve after the border reopens.

Betty Nassali said that there are very few Gonja growers in Greater Masaka region and across the country which makes it difficult to get the plantain when such border issues occur.

In addition, Nassali appealed to the farmers to invest in Gonja growing due to its demand. She further called upon to government to support large-scale farmers through the Operation Wealth Creation (OWC) programme so that they grow the plantain.

“The Katuna border issue should be an eye-opener for the local farmers to embark on growing Gonja in a bid to satisfy the market,” she added.

Since the differences were resolved diplomatically, Gertrude Lubowa, another gonja vendor, appealed to president Kagame to reopen the border immediately for the good of the people on either country.

Sulaiman Mayanja, who roasted chicken, said that he reduced the number of chicken due to few customers. He added that he was forced to lay off his workers in April and hopes to return him a week after the border reopens.

“I also had Rwandan nationals who became his potential customers. They would call me to prepare for them at least two chicken whenever they were to travel to Uganda and back home. I would make a profit of sh25,000 and more sometimes on that single order,” he recounted.

However, he is convinced that President Kagame will respect the memorandum of understanding he signed.

Gerald Majera Ssennyondo, the Lukaya Town Council chairperson, said the managers of the market have been struggling to raise the monthly revenue worth sh410,000 amid few customers and low sells.

However, Ssennyondo explained that the situation has forced some employers to lay off workers hence rendering several youths jobless.

And as a result, some of them have ended up into unlawful activities such as gambling, marijuana smoking, and theft among others.

The traders in the districts of Mbarara, Ntungamu, Kabale and Kisoro have also expressed happiness and joy following the news of the re-opening of the borders to Rwanda.

Museveni and Kagame held the first high-level political dialogue in Luanda, Angola on July 12 2019, which tackled regional security, cooperation and strengthening of ties.

A subsequent meeting on August 21, 2019, had the two heads of state agree to suppress the differences.