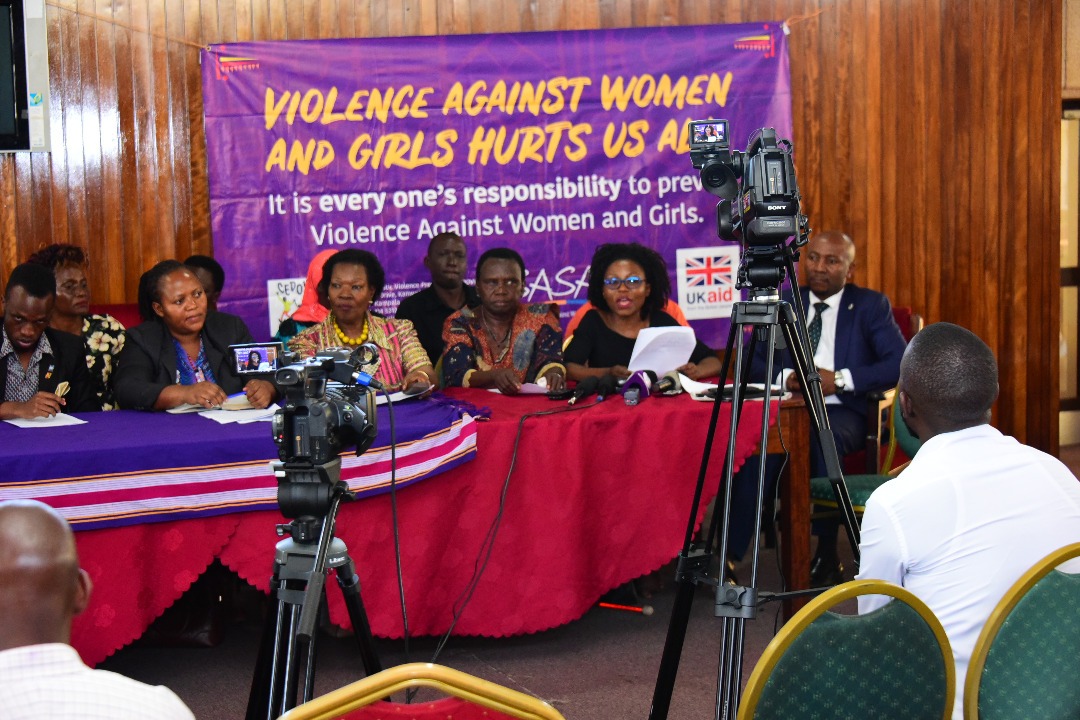 Women activists under their umbrella body, The Domestic Violence Act Coalition condemn the demeaning sexist behavior towards women by their partners saying it erodes the dignity of women.

During media briefing held at Parliament, the activists note that even when marriage cannot be saved, the separation and divorce process should uphold the dignity and respect of either partner.

Meanwhile Kasambya county MP Gafa Mbwatekamwa a member of (UWOPA ) threatened  to withdraw his membership from the women association popularly known as the Uganda women parliamentary Association (UWOPA) because some women MPs fear to defend issues affecting them,  whenever women problems emerge.

He said if female don’t stop shying away from protecting fellow women, he may be tempted to withdraw his membership from the association.

He said that even when Pastor Alousyius Bujingo is demeaning  his wife Teddy female MPs  are not willing to speak out against the  pastors’ actions, fearing to lose votes since the pastor has a following.