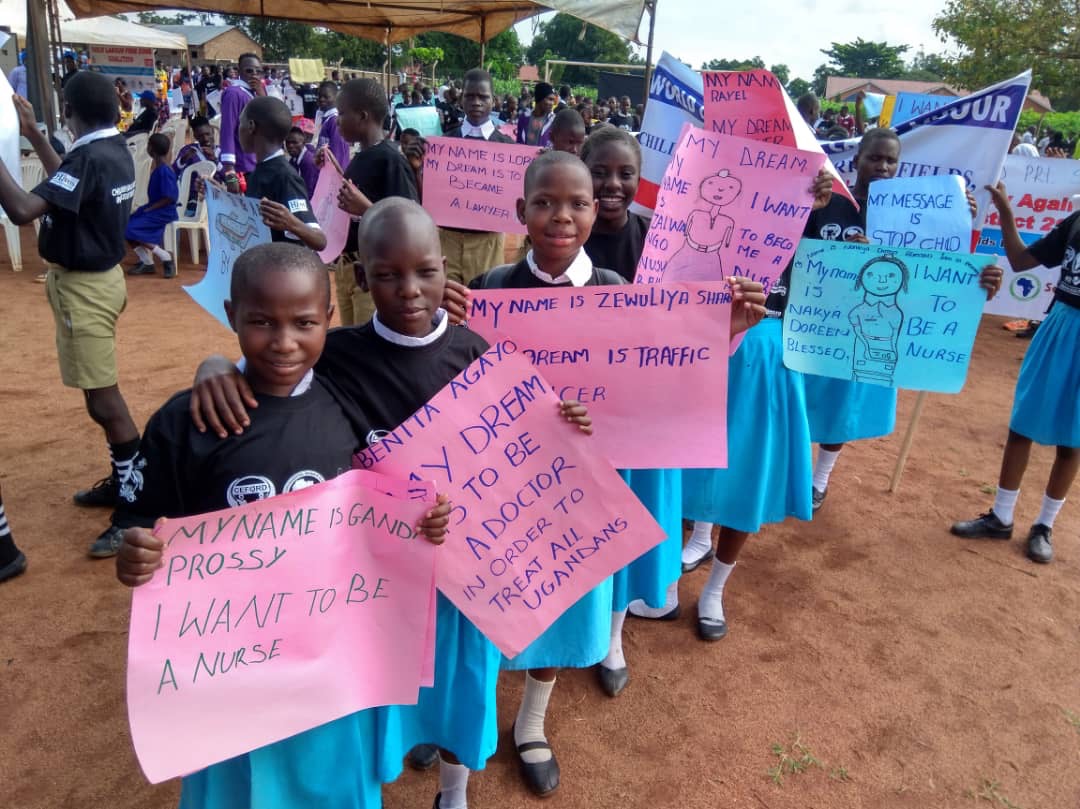 As Uganda joins the rest of the world to mark the day against child labour, the Minister of State for Gender and Culture Affairs, Hon. Mutuuzo Peace notes that child labour denies children their right to childhood, good education and growing up in a safe and protected environment free from harm.

She adds that children are often seen carrying heavy merchandise across the borderline, many times sent by adults in return of miniature commissions, the act Hon. Mutuzo describes as being illegal.

“Children shouldn’t work in fields, but on dreams” Mutuuzo says.

She adds that there couldn’t have been a better venue than Busia border town where the prevalence of child labour is alarming because of the cross border trade that has unfortunately not spared the children.

“Our choice of venue is intended to raise the profile of our fight against the vice of child labour in this area but also the country at large.” Mutuuzo says.

On this day, we also look forward towards the 2030 Agenda on Sustainable Development that in its Target 8.7 makes a call to the international community to put end to child labour in all its forms by 2025.

Its is estimated that two million children of the nine million aged five to seven engage in child labour in Uganda.

The Day, observed every June 12, is aimed at raising awareness and activism to prevent child labour.

The day was marked at Madibira Primary School playgrounds in Busia border town to commemorate the World Day Against Child Labour.