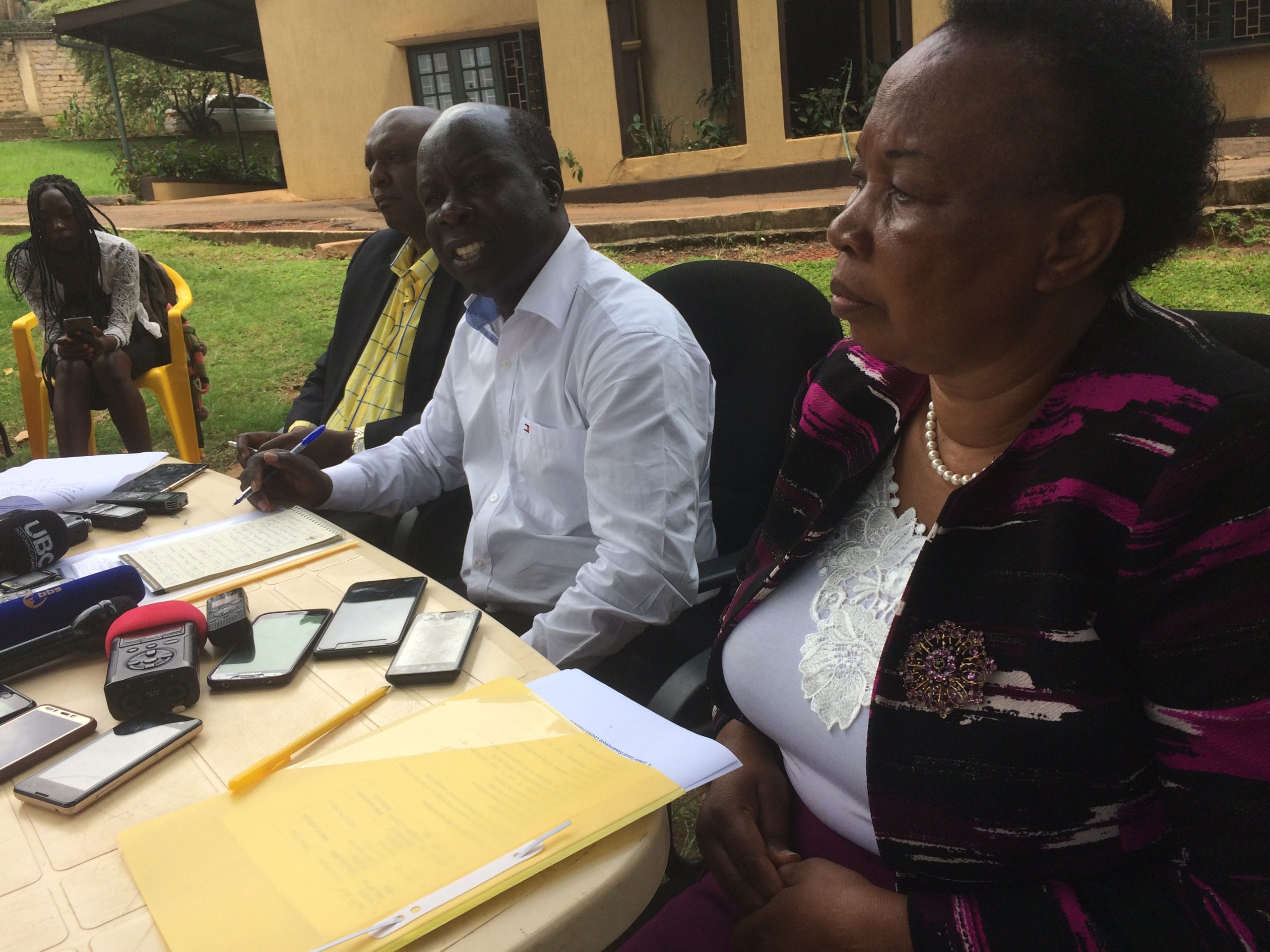 The NRM electoral commission chairman, Dr. Tang Odoi has lashed out to the party secretary-general, Hon. Kasule Lumumba, saying she is not fit for the position following her media reports downplaying plans by the party to recruit 200,000 cadres to support operation wealth creation officers at parish level.

During the CEC meeting that sat at Kyobe lodge early this year resolved that the party recruits cadres to support certain programmes at ground level.

But Tanga Odoi was surprised to see in the media the Hon. Lumumba has gone against the resolution and giving her views which contract those that were passed by the top organ of the party in the media instead of consulting the party chairman.

He further says, the position does not in anyway contracting the party as well as govt programmes and operations and he then questions why Lumumba contradicts the party.

He further applauds the president saying he is on the right course since the programmes are not for the party but for all ugandans.

The 200,000 support will be centered at the parish level and the chairman M7 wrote on 15th May to Lumumba about the plans and now she is protesting them.

“ I petty that office” says Tanga. He further notes that the president is on the right course over the recruitment and states that people in Kisoko will start receiving services like water, seedlings and others closer to them.

He brands some officials in the party as weevils who are trying to bring down the party which he will not tolerate as a CEC member.

In another development, Tanga speaking as a historian and the academia, he confirms that as NRM blossoms, FDC which has been the strongest opposition party is declining, sighting a number of failed programmes by the party’s top officials.

Defiance, people’s government, defections which have led to new party formulation are all signs of a failing party.

He made the remarks while announcing the party programme ahead of the Nebbi by election party exercise starting 30th May to June 8th 2019.