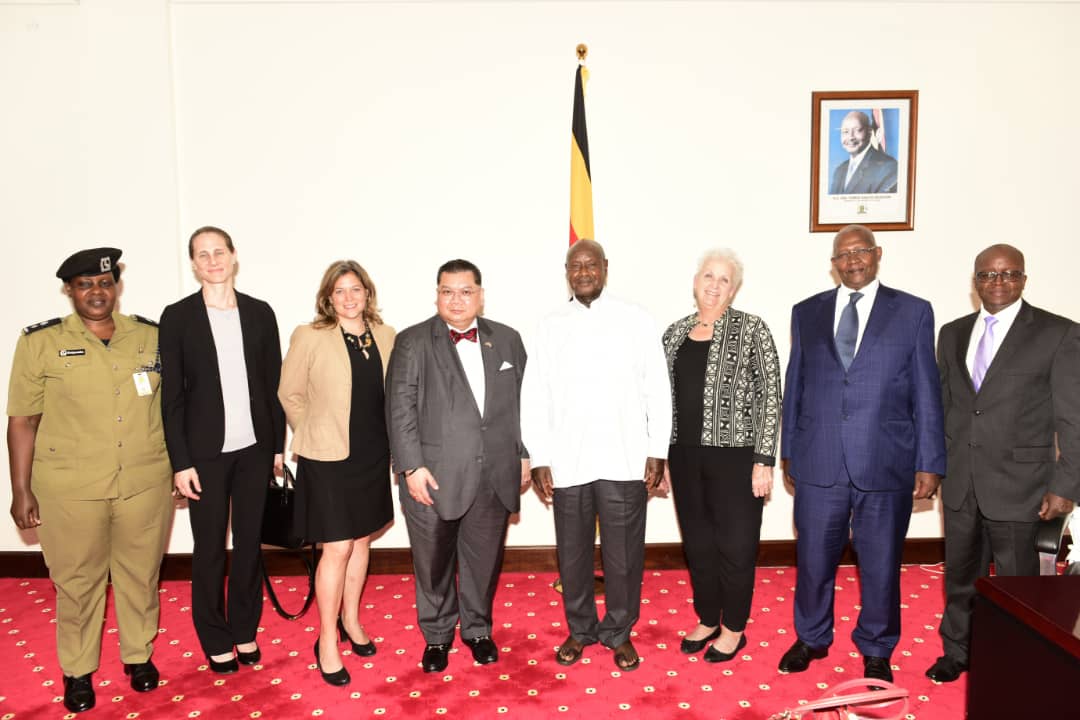 President Museveni Meets with US Envoy for the Great Lake Region

President Yoweri Museveni has held a meeting with the visiting United States of America Special Envoy for the Great Lakes Region in Africa, Mr. Pham Peter and his delegation, who called on the President today at State House, Entebbe.

The President and his guests discussed matters relating to security, trade, political and economic integration of the Great Lakes Region.

President Museveni urged the United States of America to consider investing in the sector of infrastructure development in Africa. He noted that it was profitable for them and would also help to create job opportunities for the people in Africa.

Mr. Pham thanked President Museveni for Uganda’s open door policy of hosting refugees and helping to positively change their livelihoods for the better.

The Minister of Foreign Affairs, Mr. Sam Kuteesa and the American Ambassador to Uganda, Deborah Malach, among others, attended the meeting.