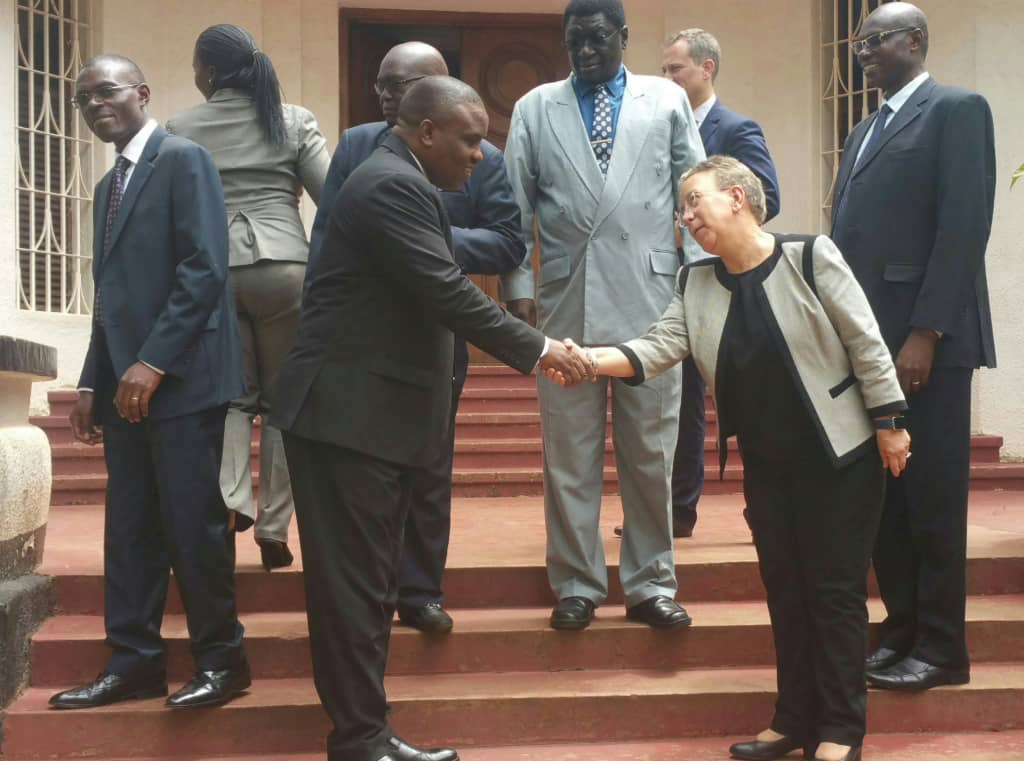 The delegation from world bank has conveyed concern about the administration contests within Kampala Capital City Authority (KCCA) where all top positions are occupied in acting capacities while other staff have four months’ temporary contracts.

They implored KCCA to find a lasting solution for this because it disheartens staff; after mentoring, training and offering skills, the staff leave for other opportunities with all the expertise due to lack of job security.

The Lord Mayor Erias Lukwago of Kampala who hosted a Delegation from the World Bank led by Mr. Martin Onyach Olaa; a Senior Urban Specialist at The World Bank at the Lord Mayor’s Parlor at City Hall.

The Delegation briefed the Lord Mayor about the progress of the Kampala Institutional and Infrastructure Development Project (KIIDP-2). They emphasized that all Batch II projects should end by December 2019.

The Lord Mayor extended his sincere gratefulness and appreciation to the Delegation for financing the KCCA infrastructural development and promised to execute political audit, supervision and oversight. He assured them that the Authority is working out modalities to address the issue of staffing by utilizing all the legal instruments in place.

He also impressed upon them the need to have Resettlement Assistance Program costs in case of Project Affected Persons off the credit facility because government has too much bureaucracy. However, the delegation declined to commit on this as Government misused this vote in the past.

They promised to consider funding KIIDP3. But they finally asked the Lord Mayor to ensure that the remaining $100 million out of the $178 million of the entire project is optimally utilised to ensure that there is value for money. They tasked him to ensure that architectural designs and contractual agreements are honored including; pedestrian walkways, drainage systems, green infrastructure among others.