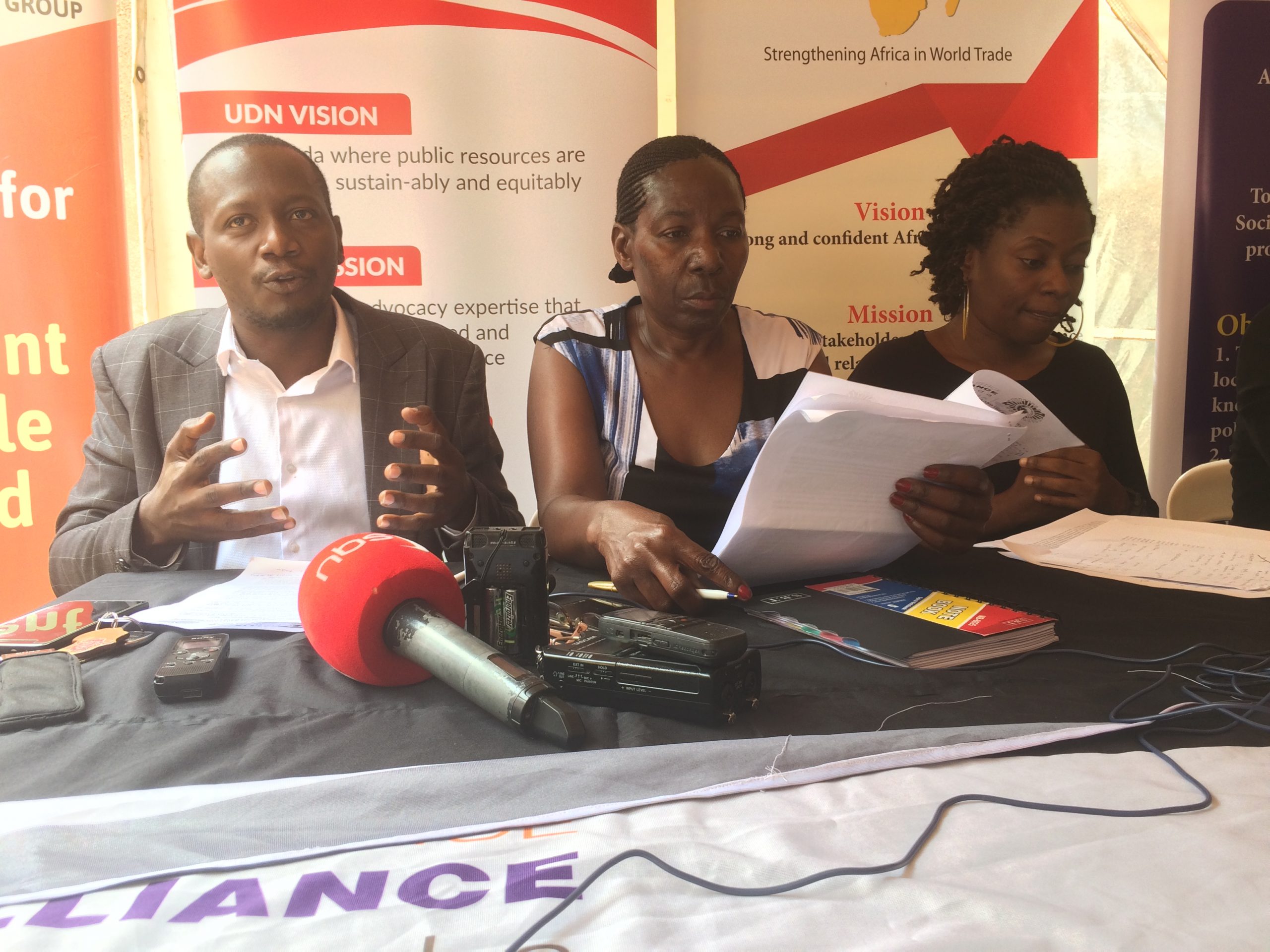 Tax advocate under the tax justice alliance group Uganda are question why the Uganda government continues to waive over UGX.500BN taxes from seven companies which have been in operation for years and are calling on the auditor general to carry out special financial audits on these companies.

Addressing a joint press conference today in Kampala, the country director SEATINI Uganda, Jane Naluga and the programmes officer Action Aid Uganda, Fredrick Kawoya say, that some of the taxes which were waived include, UGX.20BN for steel and tube industries Ltd, UGX.57BN for Cipla quality chemicals, UGX.3BN for Aya investments and UGX.86.8BN for southern range nyanza ltd noting with concern on whose behalf government is expected to pay taxes.

However, the executive director, Anti corruption coalition Uganda, Cissy Kagaba goes ahead to condemn legislators for exhibiting the highest level of greedy following the passing of a proposal to be exempted from paying OTT for their Ipads.

Kagaba notes that the same MPs passed the OTT act two years on grounds that even the lowest income earning Ugandan would afford paying the UGX.200 per day. Kagaba now questions the legislators to answer what happened after a few months for them not to pay the tax.

With the teachers currently on strike as the term commences, it is estimated that UGX.500BN government plans to pay for the above companies can be used to pay salaries of 69000 teacher or 67954 nurses for a full year.

The advocates now demand that government sets up an independent salary review commission to regulate payments and emoluments for all civil servants, parliament stays the proposal to pay taxes on over the top services for MPs, the auditor general carries out an independent financial audit into the above companies to ascertain their business operations.

Parliament is in the final stages of discussing the 2019/20 budget which is estimated at about UGX.41TRN with a rise of UGX.7Trn from the initial UGX.34.2Trn budget as per the national budget framework paper that was approved by parliament in February 2019.