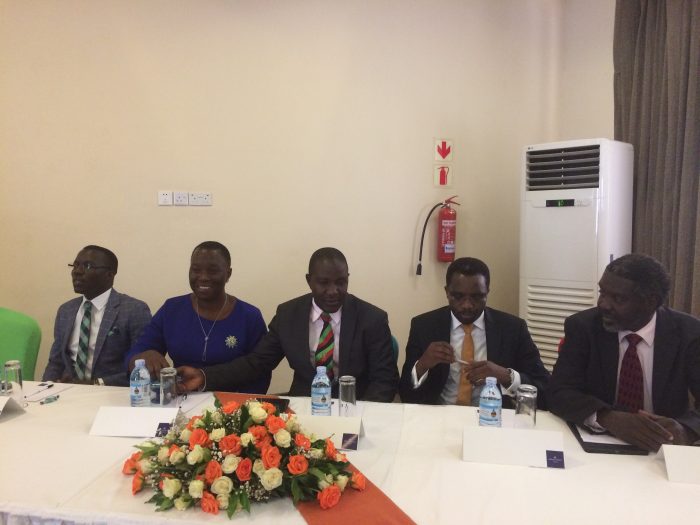 All leaders at the Inter Party Organization Dialogue (IPOD) meeting held today have stressed the need to have respect for Public Order Management Act (POMA) as it is stipulated in the law as well as address the issue of youth and women in the politics of the country.

Speaking at the handover ceremony in today in Kampala, the outgoing chairman of the IPOD summit who doubles as the Uganda Peoples Congress president, Hon. Jimmy Aken warns that youth and women have for long been sidelined by the current regime under the rhetoric that youth are the leaders of tomorrow, which Akena thinks must stop.

He also says, the two groups are increasingly becoming Uganda’s problem and should be handled critically to feel that they are part of the governance of this nation.

However, the incoming summit chairperson, and Democratic Party president, Norbert Mao cautions IPOD to critically work towards forcing the regime to fully follow the public order management Act which calls for alerting on when to stage any assembly and not to ask for permission.

He notes that such un democratic laws have continued to make the political environment shrink, making it hard for multiparty democracy to blossom in Uganda.

A section of Ugandans are planning to drag the attorney general to court for not hiding to the supreme court ruling on issues of electoral reforms among other electoral issues as ordered by court in the electoral petitions.

According to the Justice Forum (JEEMA) president Hon. Asuman Basalirwa the huge silence on the matter makes Ugandans seek remedy from court.

He also calls on IPOD to consider looking into this matter through this platform for Uganda to have a smooth 2021 electoral process. Issues of the incumbency using state machinery during the electoral period is critical and needs to be handled among others.

Basalirwa says, IPOD will remain relevant if such pertinent issues are addressed for the good of the nation.

The new IPOD leadership by Democratic Party will steer the organization for the next six month and will hand over power to Forum for Democratic Change in September this year.