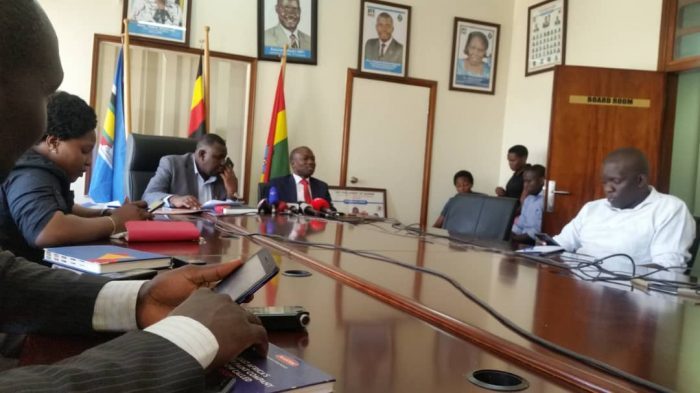 Stop Protecting Foreign Investors -MPs By our reporter A group of MPs led by Bujumbura County in Rukingiri district MP, Fred Turyamuweza has responded to President Musevenis decision to return the sugar bill to parliament on grounds that this bill is there to cripple business for the big sugar investors. According to MPs that include Kibalya Henry for Bugabala County south and Fred Turyamuweza, the sugar bill that was passed on the 22nd of November in (2016) last year, was meant to remove all the problems that this industry has been facing for a long time, especially the out growers and the manufactures. Parliament last year passed the Sugar Bill that seeks to regulate the industry and rejected a government proposal to provide operating zones for mills. The Sugar Bill, (2016) seeks to provide for the development, regulation and promotion of the sugar industry to ensure that there is a sustainable, diversified, harmonized, modern and competitive sugar sector. However, The President last week, during the opening of the National Resistance Movement (NRM) retreat in kyankwanzi said he was to return the sugar bill back to parliament and he wouldn’t sign it. Henry Kibalya a member of parliament from the sugar cane region says over the years the people of busoga have been earning from growing sugar cane and yet continue to be exploited by the manufacturers of sugar but the bill was going to protect. Turyamuweza has advised the president to let parliament do its work independently because the committee of parliament investigated thoroughly and made its recommendations which will bring about fair competition in the business of sugar industry rather than protecting big investors at the expense of the ordinary Ugandans.