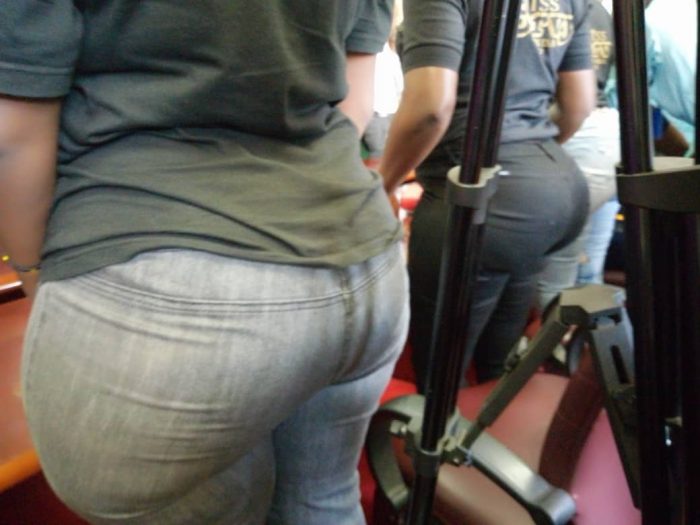 The speaker of parliament Rebecca Kadaga has overturned her earlier position to endorse the Miss Curvy Contest after she was convinced by organizers that the pageant is not meant to promote sex tourism. Organizers of this controversial contest today paraded curvaceous women at parliament who exited male MPs to support the Miss Curvy pageant  .

Monday the speaker of parliament Rebecca Kadaga strongly condemned the Miss Curvy Uganda contest which she believed that was aimed at promoting sex tourism in the country. This was after she received a petition from women  rights activists who were challenging the statements uttered by the state minister of tourism Godfrey Kiwanda Suubi  on the launch of miss curvy earlier this month.

Kadaga’s criticism did not go well with Miss curvy pageant  organizers who today moved to meet the speaker and correct the negative publicity about the contest which the speaker had consumed. Ann Mungoma the Executive director of Miss Curvy Uganda informed the speaker whom they met in her boardroom at parliament, that this pageant has no immoral intentions as it has been vulgarized by some members f the public. She also refuted claims that the Minister demeaned women at the launch and dared anybody with such a recording to table it. Mungoma noted that they came to realize that the plus size women had not been granted opportunity to compete favorably with skinny women for several beauty contest.

Mungoma’s words sunk deep into Kadaga’s mind and she was moved to endorse the pageant. Kadaga was convinced to support Miss curvy after she was convinced that its as good as Miss Uganda and other beauty pageants that that have been accepted in the county. She vowed to support them in the contest to see that plus size  women get to exhaust their opportunities.

The booty women exited male members of parliament and saw some like the Bunyole west MP James Waluswaka  who had opposed Miss curvy at first to support the pageant.

The delegation of curvaceous women left parliament shaking and wiggling their bums and may legislators could not avoid looking through windows of their offices to enjoy the scene .