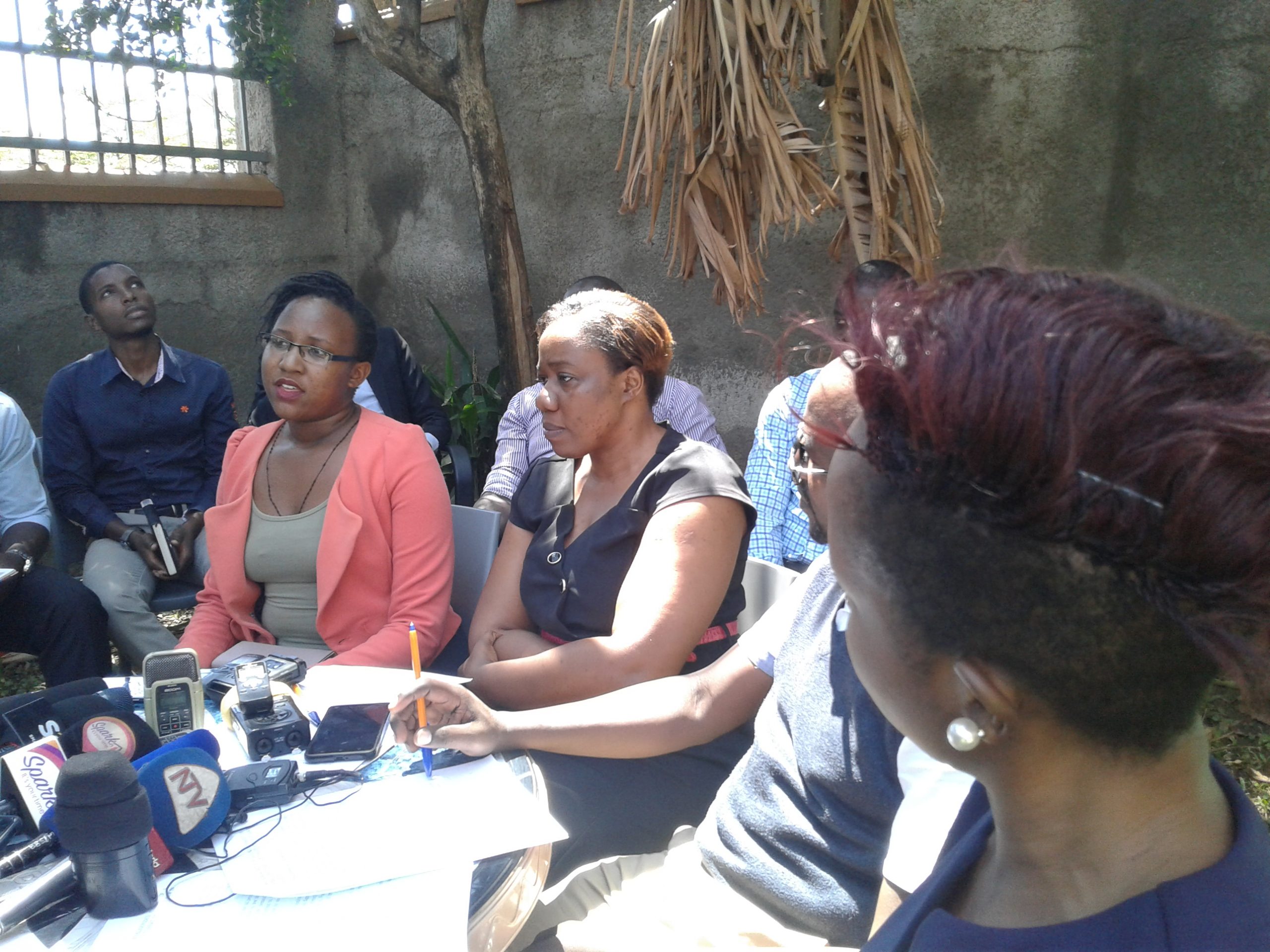 The family of Sgt. Esther Namaganda a traffic officer who was assaulted yesterday while on duty by Maj.Gen. Matayo Kyaligonza and his body guards are calling for the resignation of the Ambassador as well as have full justice prevail in the matter for both the body guards and the Maj. General.

According to one of the daughters of Sgt. Namaganda, Maria Gorettie Nabakooza, her mother is in a poor state emotionally that she does not even want to directly talk to her children following what happened to her yesterday while on duty.

Nabakooza further castigates the manner in which some people are treated in this country saying such kind of illegalities must be stopped if Ugandans are to enjoy and continue serving the country.C

However, the advocacy and programmes officer for HURINET-Uganda, Patrick Tumwine, says Maj.Gen. Kyaligonza is a diplomat with no single entitlement to a right of way adding that he also faulted the traffic rules and then commanded his body guards to assault a cop while on duty which acts call for punishment by law.

Patrick who read the CSO statement demands that Maj.Gen. Kyaligonza resigns as an ambassador, be arrested and prosecuted for violence and assault occasioned on Sgt. Namaganda, his two body guards be arrested and tried in public courts.C

Meanwhile, the executive director, center for constitutional governance, Sara Birette and Perry Arituwa, the executive director, Women’s democracy network-Uganda remind those in power of Article 33 of the constitution, which mandates all institutions, groups and individuals to accord women full and equal dignity with men as well as the UPDF Act 208, which states that UPDF shall be professional, disciplined, productive and subordinate to civilian authority.

The Speaker of Parliament Rebecca Kadaga condemns the brutal manner in which police Sergeant Esther Namaganda was subjected to by Retired General Mataayo Kyaligonza and his guards while on duty yesterday.

Namaganda was assaulted by escort guards of Kyaligonza as she questioned them improper traffic behavious that was putting the lives of other motorists in danger.

The soldiers were seen in a video circulated on social media assaulting Namaganda which has since sparked off public outrage.

Kadaga tells journalists that she was happy that the culprits had been apprehended praying that the law takes its course.

She adds that she would also write to the Inspector General of Police to ask him to promote Namaganda for having exhibited professionalism while on duty.–

Meanwhile Kadaga has expressed the need to induct leaders on public conduct and their obligations to respect human rights.

The public was blown away by videos of UPDF officers and their immediate boss Maj.Gen. Matayo Kyaligonza assaulting Sgt. Namaganda in broad day light in Seeta along the Kampala – Jinja highway.

Sgt. Namaganda in her white traffic police uniform stopped Maj.Gen. Kyaligonza’s motorcade after they made a U-Turn which is gainst uganda’s traffic rules.

The UPDF and uniformed officers jumped of their escort cars and pounced on Sgt. Namaganda even when she was right.

Illegal acts by UPDF officers have continued to be witnessed in the public which leaves a number of questions what has happened to the rule of law in uganda and mainly in the force that is deemed the most disciplined.