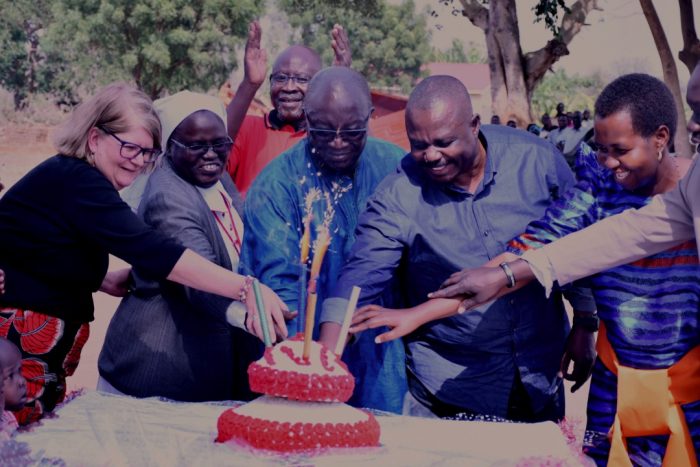 Deputy Speaker of Parliament Jacob Oulanyah has urged the people of Atiak to embrace community development  initiatives He said .

while launching the Sewing Hope Project for in Atiak, Amuru District he implored the community of Atiak to use such projects as a foundation for building their communities and exploring other opportunities for development.

The Sewing Hope project is a Béacon of hope and it’s something that we should all welcome with open arms” He said.

He cited a story of a boy who had four candles namely; Love, peace, faith and Hope and said that when the three  candles had gone out due to strong winds, the boy still had hope to hold on to and was able to light the other three candles with it.

“Hope is the only thing that keeps us going even in our worst times.People of Atiak you are blessed and i encourage you to have hope”, Oulanyah said Oulanyah who was supposed to chair house but postponed to tomorrow Wednesday commended the Sacred Heart Sisters for giving back to the community and stressed that there is no better calling than to give back. He promised to follow up with the resolutions arising from the Apaa land talks where his excellency Yoweri Kaguta Museveni and First Deputy prime minister Moses Ali were involved in.

His Highness, Rwot Santo  Apire Richard of Atiak Chiefdom cautioned the locals against malicious acts such as robbery or vandalism of the project properties and directed them to instead watch over the project as if it was their own.

He informed them that through coordination with the Rural Electricity Agency, electricity would be put at the project center so that activities run without interruptions or delay.
Sr. Dr. Rosemary  Nyirumbe, the Director Sewing Hope Project appreciated the support that the community of Atiak has given them and asked that they own the project as it is for the community. She said that the project has three interconnected services namely; child protection (children’s home) Health center and education (early childhood development center, primary and vocational training school).

“I will be happy if each and every member of the community found a way to participate in this project.This is for you and only you can make it succeed beyond our vision”, she said .

She further thanked  Rwot Santo Apire for steering the way and showing an exemplary commitment since the project begun.
The Sewing Hope Project focuses on the most vulnerable children, child mothers and former abducted girls and aims to empower them through skills training to accelerate poverty reduction.