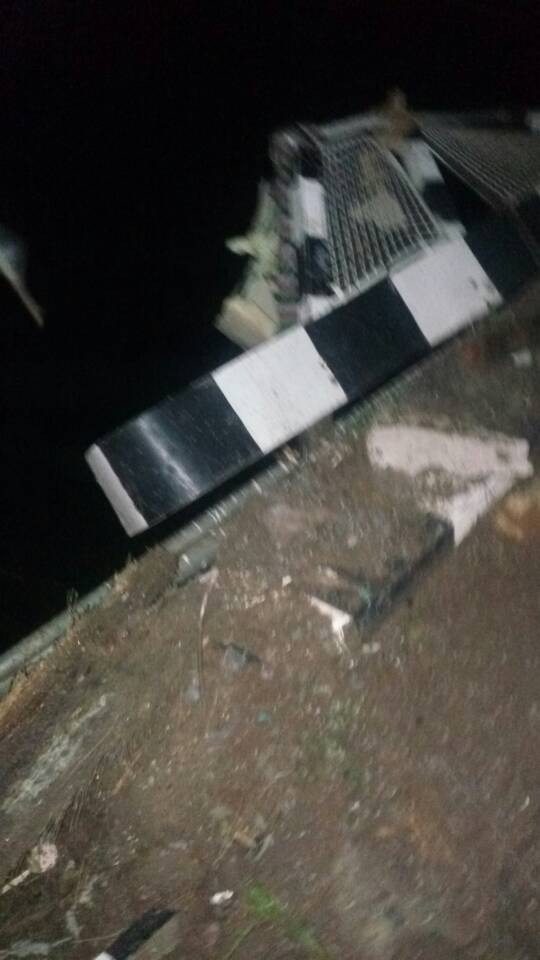 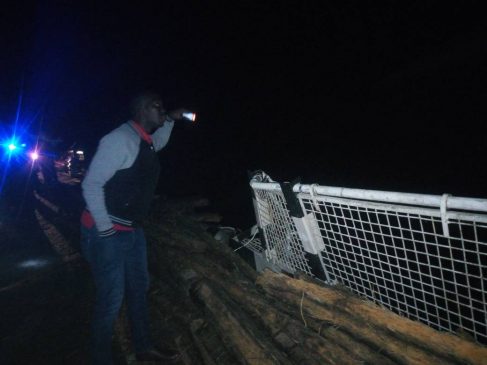 ​Another fuso truck has plunged into Karuma falls on river Nile at Karuma Bridge in in Kiryandongo district. Police suspect the fuso truck registration number UAS 994 Y lost control and hit the guard rail on the right of the bridge as it crossed with heavy poles towards Kiryandongo at around 8:30 p.m. on Tuesday

The truck spilled several strips of the palm poles onto the bridge as it plunged into the waterfalls, about 7.5 Meters deep. It is still unclear how many people were inside the ill-fated truck at the time of the accident. Police reports from the scene show that one person survived the accident by jumping off the truck.

Police is searching for the lone survivor who is said to have been rushed to unidentified hospital for treatment. Patrick Jimmy Okema, the Aswa River Region Police spokesperson told URN that they deployed officers from Kiryangdongo and Oyam districts at the bridge to guide traffic through the night.

“In addition to the damage to the guard rail, we suspect that the bridge could have sustained cracks, which needs immediate repairs,” Okema said in a brief statement about the accident. He said police will issue a detailed statement about the accident later today. In February last year, a cargo lorry laden with cotton seeds from the neighboring Democratic Republic of Congo plunged into Nile River at Karuma Falls Bridge after losing control.

Police said the vehicle registration number UAP 531 S had mechanical problems which caused it to rip into pieces during the accident. The wreckage and bodies of the victims were never recovered. The worst accident on the bridge happened in 2000 when a passenger bus plunged into the river killing eleven people while 59 others were rescued.

The bridge located approximately 260 kilometers north of Kampala was opened to traffic in 1963; a year after Uganda attained its independence to connect the north and West Nile regions to the rest of the country. It is the shortest gateway to Northern Uganda.

However, travelers can access the region through Ferries at Paraa inside Murchison Falls National Park and Lake Kyoga in Apac district, many kilometers upstream the Nile River. Travelers can also connect to Kampala via Owen falls Bridge in Jinja.