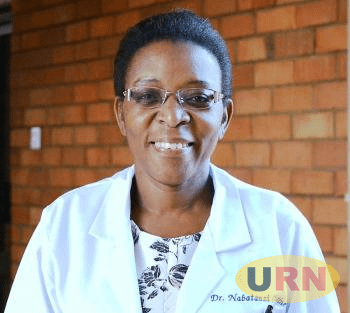 Children who are not immunised against measles stand the risk of losing their eyesight due to corneal ulcers, Dr Christine Nabatanzi, the Head of the Eye Department at Mengo Hospital has warned.

Dr Christine Nabatanzi, the Head of Eye Department at Mengo Hospital, says children who are not immunised against measles are at greatest risk of losing their vision.

Dr Nabatanzi says due to the previous immunization programmes, only a few cases of children going blind are recorded.

Corneal ulcers is presented with red eyes, severe pain, tears, pus or thick discharge from the eye, blurry vision, swollen eyelids and a white round spot on the cornea.

Dr Nabatanzi’s warning stems from the reported outbreak of measles in Kampala and Wakiso districts and their surroundings.

Recently, Dr Bernard Opar Toliva, the Program Manager Uganda National Expanded Program on Immunization-UNEPI, told Uganda Radio Network the number of under/unimmunised children had accumulated to over one million in the country.

This is a result of the delayed release of funds to conduct the mandatory mass measles immunisation in the country. Uganda last conducted mass immunization in 2015. The planned mass immunisation campaign scheduled early this year didn’t take place due to lack of funding.