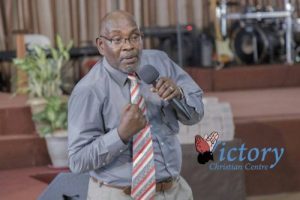 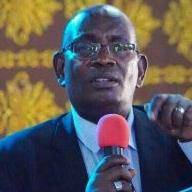 The leader of the Born-again faith in Uganda Presiding Apostle Dr. Joseph Serwadda is holding a one-man demonstration protesting provisions in the law relating to marriage in Uganda, which he says are backward and irresponsible.

In an exclusive interview held in his office in Kampala, Dr. Serwadda expressed objection against  provisions in the Marriage Act that require marriage ceremonies under Church marriage to only be conducted in licensed premises.

According to the Marriage Act, it is mandatory that Churches, denominations or bodies that wish to celebrate marriage in Uganda, to get buildings for places of worship licensed by the Honorable Minister of Justice.

Dr. Serwadda contends that if the objective of the law is to block unqualified Church leaders from presiding over Church marriages, the onus should be left to denomination leaders to determine rightful individuals.

‘I don’t believe that God’s work should be done by buildings, but by human beings called into his ministry. For the law to respect buildings is irresponsible and archaic’ Dr. Serwadda said.

‘For the last 60 days I have not shaved my beard in protest against this law that is backward and irresponsible’ Serwadda added.

Serwadda whose beard was visibly overgrown and unkempt, however declined to mention when he intends to call off the demo, saying that he is ready to keep his beard and said that it does not hurt for one to keep a beard.

Sections 5 and 22 of the Marriage Act which dates back to 1904, confers the powers to license places of worship fit to host ceremonies involving consecration of marriages to the Minister of Justice. On 23 March 2018, the Minister of Justice Hon. Kahinda Otafiire published a notice to operationalize the contentious clause that tags licensing of places of worship to buildings, in the national Gazette.

Among other requirements before a building is licensed as a venue for consecration of marriage include; submission of a copy of the Church’s land title, certified copies of approved building plans, and an inspection report from the registrar of marriages.