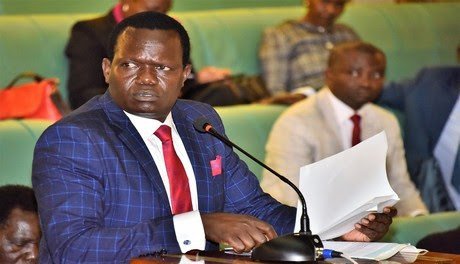 A THREE DAY FITTING IN THE SHOES OF THE LEADER OF OPPOSITION! HOW IT WAS FOR OBONGI COUNTY MP HASSAN KAPS FUNGAROO? HE SPEAKS OUT…

Many and more issues on whether
the opposition can be a better
alternative government? And what
can be the chances of the opposition
to perform optimally if the Ugandan
Parliament was turned to have two
chambers the lower and upper?

Q AND A response with Timothy Sibasi…

QN.Over the years the Opposition in the Ugandan Parliament has only fought losing battles in a setting where it holds only a drop of an ink numerical strength against the majority ruling NRM. What are the likely chances for the opposition in the 10th Parliament making meaningful and successful battles with the small numbers they hold if Ugandans gave you another chance despite the Presidential Age Limit, split milk you lost? 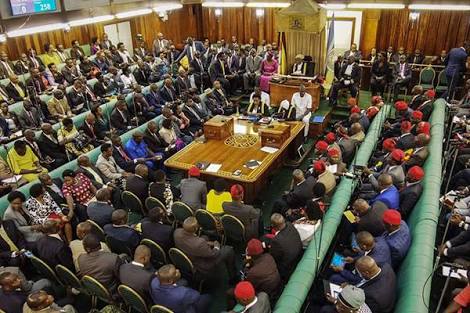 Hassan Kaps Fungaroo:
“With our concerted efforts regardless of the big numbers of our colleagues we can make a big impact”. 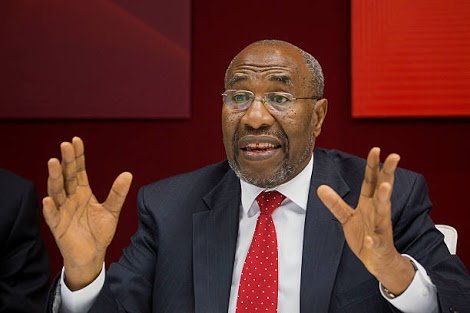 “We were faced with very hot issues but in the course of coordination, determination we were able to hold the government to account as the side of the opposition. As my role was majorly to coordinate with my colleagues for example on the issue of health, the Nodding disease and with my team the shadow minister of health he presented a very good aspect on the side of the opposition then there was also hon. Ekupa Elijah a senior member of parliament who has been in Parliament for a long time then there was other members of parliament especially those coming from the areas affected by the Nodding disease we put up a spirited fight and we were able to prove in the house to ourselves and all members of the house that the government had failed and the opposition was there to provide the alternative in the area of taking care of the sick children like providing financial and logistical materials services to help the ministry of health”.

Hassan Kaps Fungaroo:
“The area of how the minister of health managed to present herself we managed to prove our case. The parliament of the republic of Uganda went on recess and the way government handled the issue of nodding disease accepted defeat and the opposition took it up”.

Hassan Kaps Fungaroo:
“So from that day I saw the position of the leader of the opposition is quite challenging but with innovation, commitment , good mobilization of the members we can make a big difference”.

Hassan Kaps Fungaroo:
“The business committee of Parliament picks business from government, and what we as the opposition need to do is to create dynamism for a small force to fight against the big force then you take the liberation of real war situation . There wars that are being worn by weaker fighting forces, smaller fighting groups against bigger groups. If you look at the story of guerilla war fair here in Ugandan case and countries like Angola countries that secured their independence using such tactics it’s all up to the leaders to believe in such groups and dynamism to overcome such big groups”.

Hassan Kaps Fungaroo:
“For us here in Parliament the opposition is out numbered that is true, the numbers of FDC, UPC, and DP etc you find we’re out numbered. It requires the dynamism of leadership that can overcome all these issues. If you look at the issue of the rot in the office of the prime minister in regard to the refugee issues, these are the scandals in the office of the prime minister. So the little time I was given to caretake as the leader of opposition was a very exciting moment and I thank my colleagues honorable members of parliament who worked with me in those three days we were in parliament, in fact we were fewer because other members of parliament had been taken to Jinja”.

Hassan Kaps Fungaroo:
“It is a general weakness on the side of the opposition, even when their weaknesses on the side of government we fail to reclaim those positions in parliament, it requires re-engineering, there supposed to be engagements between opposition parties in Parliament and MPs from those areas including the branches of parties at the district levels those are also legislative organs. Political mobilization is a continuous process and not only limited to election, at times we also go up to create alternative action points like for example on the issue of Nodding disease where government had failed, we lobbied and the speaker had to direct the matter to be uploaded on the system of government for discussion but of cause there must be a fund created for Nodding disease and a especial fundraising drive must be done to tackle that issue because government failed to raise money through mobilizing CSOs, donors even members of parliament to put in money so this would mean creating alternative actions in dealing with shortages of government in terms of action like programing to solve those problems”.

Hassan Kaps Fungaroo:
“We as the opposition we need to strengthen our numbers in Parliament and be assertive, the ruling party the NRM has outnumbered us, out gunned us in terms of strategy, and they have also out financed us were they have more money than us yet the opposition can also mobilize its own money from outside. I have ever recommended to the party at the headquarters that we should get away of operating as a real alternative government, now days I see some of my views being picked up like now days some of the drives we’re conducting at the Party headquarters”.

Hassan Kaps Fungaroo:
“Look at Hamas in the Middle East, look at the Muslim Brotherhood they used to build schools, train doctors to provide services real services where government would show some weaknesses Hamas would come out to offer solutions, they would mobilize for resources around the world to solve real problems, the Muslim Brotherhood used to do such kind of things and that’s how they managed to have a member elected as the president of Egypt though they were removed through a military coup but that kind of system is needed here. Now there what has been created as the peoples government, it was built on this kind of force and ideas and unfortunately now the peoples government now is also having some challenges its not living up to that kind of specifications and directions, if it was strengthened it’s a good thing as a government both in word and dids and actions”.

Hassan Kaps Fungaroo:
“lets deal with the issue of how to create alternative programs and then from those people it can be done and we have done it here. Secondly we should also be able to defend our ideas, the problem we come up with ideas but we don’t have the capacity to defend those ideas. We should be able to separate the army, the police from the NRM, the police was a nutral force until of recent it was created to be an armed wing of the NRM with the appointment of Gen. Kale Kayihura there as IGP created many groups that were working as an extension of the NRM but am glad that Kale Kayihura has been removed from that office, so we want to see whether the removal of Kale Kayihura from that office will have some impacts in the line of delinking the police from the NRM, for us here in Parliament we even told the speaker that we need the police to be neutral so if they fail to do that then they are setting us up to have a parallel police force for the opposition also and that’s not the direction that Uganda wants to take now”.

Timothy Sibasi: Thank you for according me this time out of your busy schedule to speak to me.

Hassan Kaps Fungaroo:
“The pleasure is mine thank you too”