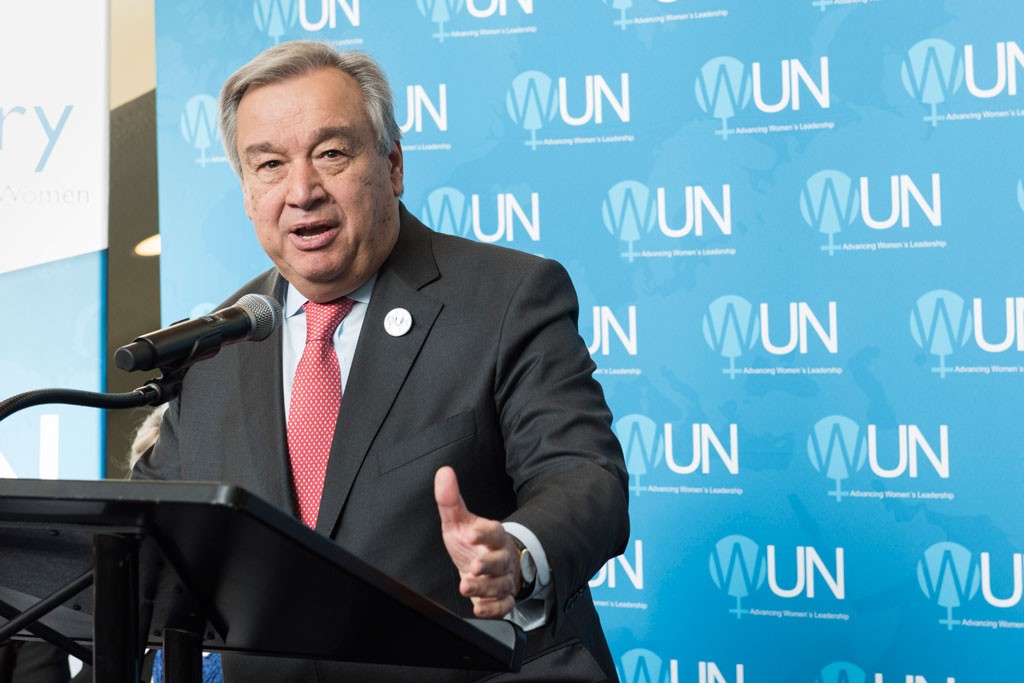 1 January 2018 – United Nations Secretary-General António Guterres has called on the Government of the Democratic Republic of the Congo (DRC) to exercise restraint amid reports of a violent crackdown by national security forces on demonstrations in the capital, Kinshasa, and a number of other cities.

In a statement issued late Sunday by his spokesperson, Mr. Guterres expressed concern about reports of the violent dispersion of protests by national security forces, resulting in the death of at least five people, the wounding of several others and the arrest of over 120 persons.

“The Secretary-General calls on the Government and national security forces to exercise restraint and to uphold the rights of the Congolese people to the freedom of speech and peaceful assembly,” said the statement.

The Secretary-General went on to urge all Congolese political actors to remain fully committed to the 31 December 2016 political agreement, “which remains the only viable path to the holding of elections, the peaceful transfer of power and the consolidation of stability in the DRC.”

That agreement – facilitated by Conférence Episcopale Nationale du Congo (CENCO) mediators, and reached in Kinshasa on 31 December 2016 – allowed President Joseph Kabila to stay in power beyond the end of his term and has stipulated that peaceful, credible and inclusive elections would be organized in DRC by the end of December 2017.