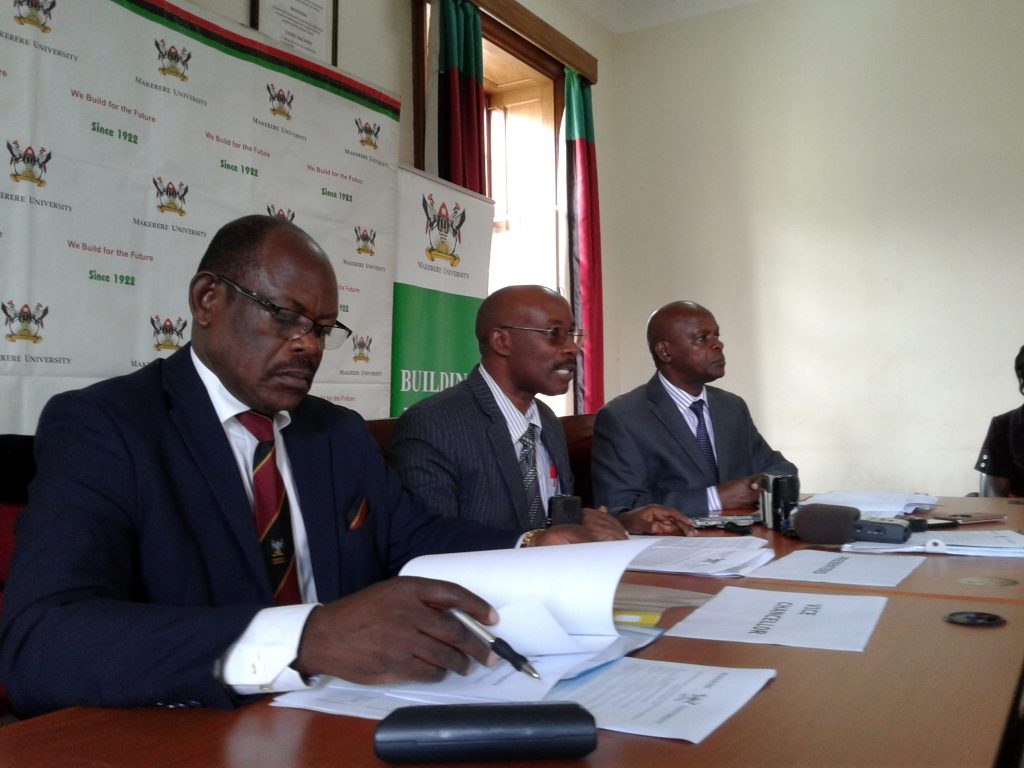 Makerere University under the College of Natural Resource (CoNAS) has embarked on an initiative geared towards scaling up or increasing banana productivity in East Africa with the research project to run in Uganda and Tanzania.

Addressing the Media at Makerere university today, the CoNAS Principal Prof. Joseph Mugisa says this is a four year project worth 5.7mUSD funded by the Bill and Melinda Gates Foundation from America.

Its is estimated that over 100 million people in East and Central Africa of which 30 million persons in Uganda depend on banana for food and income.

The scientists note that despite the prime importance of banana in Uganda and East and Central Africa region, productivity has remained too low, being unable to exceed 30% of the crops production potential of 60-70 tones per hectare. In this region banana production is largely by the efforts of smallholders farmers most of whom own 0.5hactares of land. Therefore, closing the banana yield gap is crucial if the food self sufficiency, income and livelihood of the region’s smallholder banana farmers are to be sustained.

In Uganda 100% of the bananas produced in in the country are also consumed locally with the world’s highest per capita annual banana consumption of 1kg per person per day, translating into income and food of 70-85% of small scale farmers in Uganda.

However, Dr. Jerome Kubiriba, the overall project team leader who also doubles as the head of Uganda’s national banana research programme at NARO IN Kawanda attributes the shortages in banana production in Uganda and region as a whole to constraints in biotic and abiotic significantly poor management of the some of the most critical biotic and abiotic constraints in isolation showing disease of banana, poor application of fertilizer among other short comings that hinder increased production.

The project will further aim at unraveling strategic critical information necessary for increasing banana productivity and massive testing of the decision support tools on farmers’ fields in five target sites in Uganda and Tanzania.

He adds that Mukono, Masaka and Kiboga have a reduced production due to banana wilt yet Western Uganda especially in the district of Mbarara, Bushenyi and Rukungiri among others.