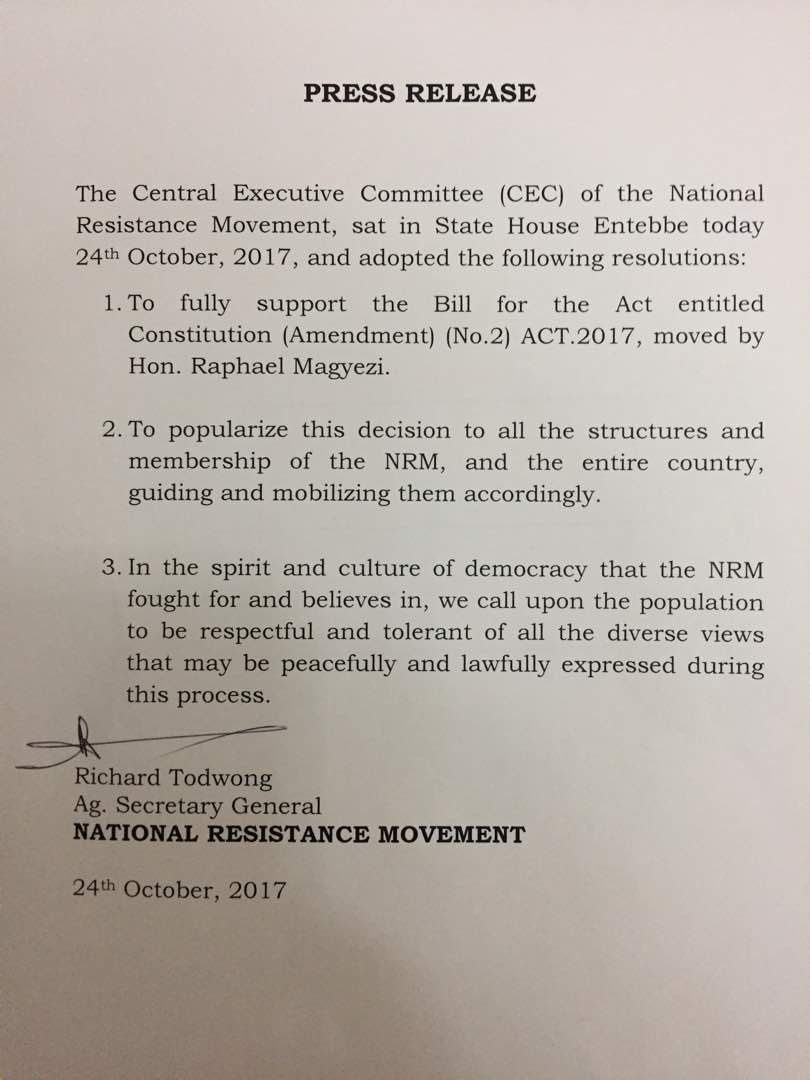 The central executive committee CEC of the national resistance movement NRM has today in a meeting at state house Entebbe adopted a resolution to fully support the bill for the act entitled constitution Amendment bill 2017 moved by igara west MP Raphael Magyezi .

The central committee also resolved to popularize the decision to all the structures and membership of the national resistance movement NRM across the country, by guiding and mobilizing them accordingly, in a press statement seen by eyewitness.

The members also noted that in the sprite of culture and democracy that the NRM fought for and believes in ,called upon  the population to be respectful and tolerant  of all diverse views that may be peaceful and lawfully  during the process of consultations