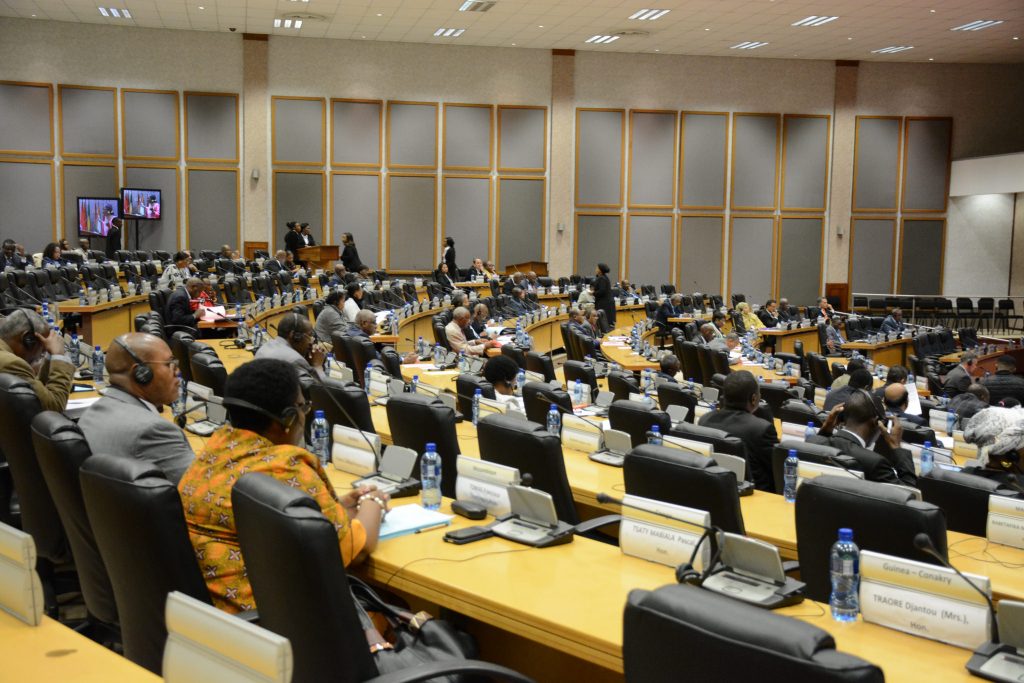 PAP Session ends with resolution to stand by Chad

MIDRAND, SOUTH AFRICA: The Fifth Ordinary Session of the Pan African Parliament has closed with the continents legislators taking a decision to stand by Chad following the recent decision by US President Donald Trump to bar Chadians from entering the US.

We express our solidarity and unwavering support to the government and people of Chad and prevail upon the United States Government to exclude Chad from the list of countries whose nationals are banned from entering the United States, read the resolution of the Assembly.

The Pan African Parliament noted that Chad had been committed to combatting terrorism by deploying its defence and security forces to fight side by side with the regions military forces and there had been active cooperation between Chad and the United States. It was therefore with shock, the resolution noted, that the US was implementing the Executive Order on grounds that Chad does not adequately share public security and terrorism related information.

In his communication to the legislators at the close of the two-week long session, which started on 9 October 2017, PAP President Roger Nkodo Dang vowed to mobilise the support of the African continent to lift the sanctions on Chad.

Chad has sacrificed a lot in the fight against terrorism and the PAP will defend the cause of the Chadian people just like it did for the brotherly people of Sudan,” Nkodo said.

In September, a contingent of Pan African Parliament MPs went to Washington DC and petitioned the US Congress to lift sanctions on Sudan. Following their visit, and presentation of their findings about the appalling conditions of life in Sudan as a result of the sanctions, the US reconsidered her stance and lifted sanctions.

Earlier on in the day, the PAP debated issues of migration, aviation and transport and womens rights to access to land in Africa.

Hon. Jacquiline Amongin, the Chair of the Committee on Rural Economy, Agriculture, Natural Resources and Environment presented the committees report. In her report, she urged parliaments and states to make provisions to ensure that both boys and girls have equal access to land, and guarantee parity between men and women in access and control of land.

Other key resolutions that the PAP adopted was on migration, where it recommended that the African Union and its member states address migration as a driver of development. It recommended that States implement legislation to improve their economies and prevent forced and irregular migrations. The AU member states were also urged to allow free movement of people on the continent by implementing the African passport.
With regard to womens rights, AU member states were called on to take deliberate actions to protect women and young girls and ensure abandonment of all harmful practices including child marriages and female genital mutilation among others.