Sub County Chiefs To Be Trainned In Urban Planning 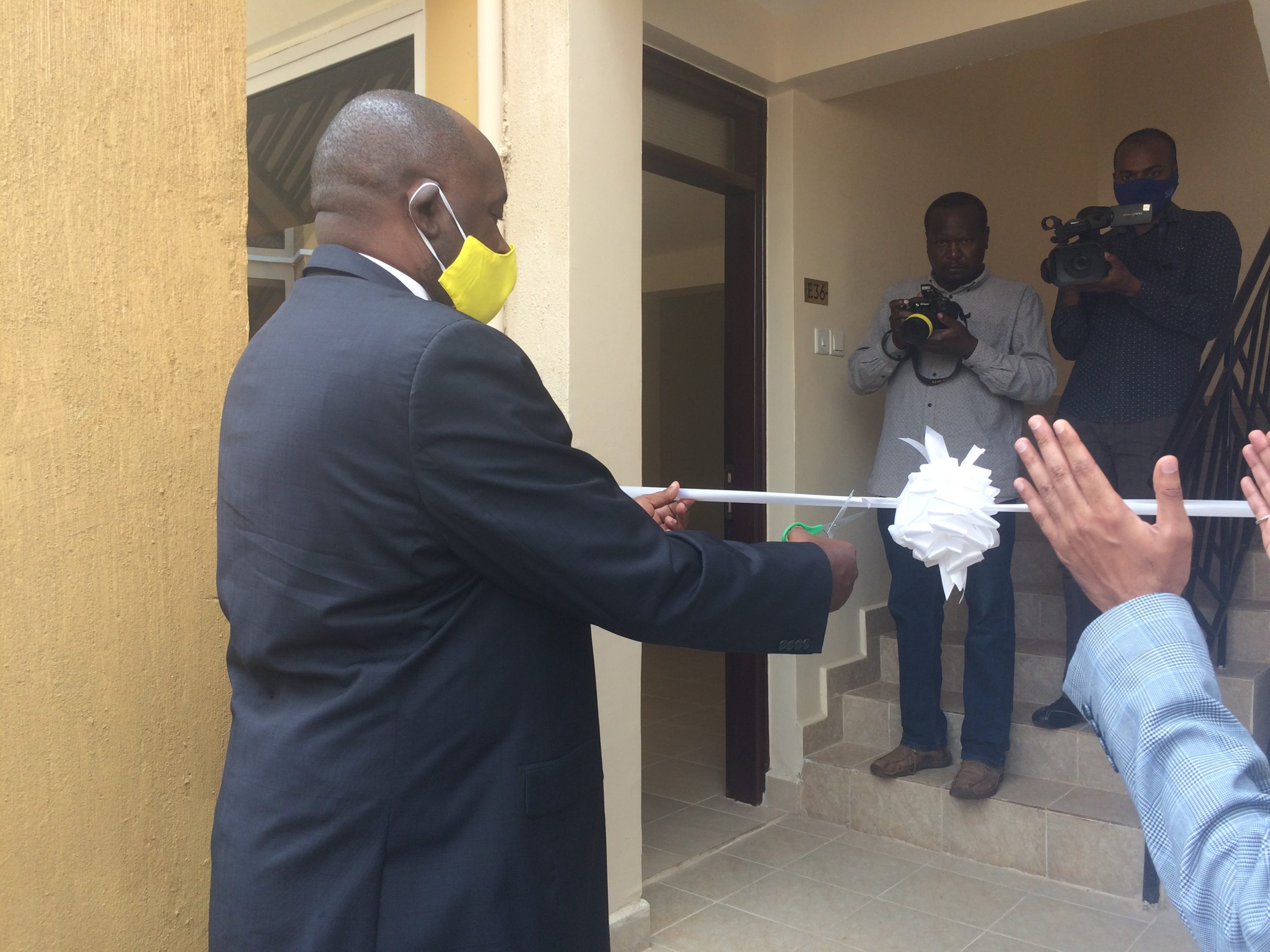 The state minister for housing and urban development, Chris Baryomosi reveals government plans to train all sub-county chiefs in planning as a way of cracking down on poor planning in the newly created cities in the country.

Speaking at the launch of housing units in Najjera a Kampala suburb by Fakhruddin properties today, Hon. Baryomosi sighted high-interest rates by commercial banks coupled with high charges to connect utilities to sites as one of the challenges faced by real estate developers hence the high cost of a housing unit in the country to the buyer. And to solve these problems the government is working ways to see that banks can offer loans to real developers at low interest so as this will trickle down to having low-cost houses.

Baryomosi further stated that new policies are under ways to have slums in and around Kampala are redeveloped to create a suitable living environment for Ugandans. But this will be done with maximum consultation with the residents in these areas to avoid a backlash with government and residents just like it was in Kasoko in the failed national housing project.

Meanwhile, the government insists that all sub-county chiefs will have to be trained in new urban planning systems to have them acquainted with proper knowledge of planning.

This is aimed at curbing poor planning mainly in the newly created cities across the country.

Uganda currently battles a national house deficit of over 2.1 million units against the fast ever-growing population, the minister notes that such a partnership will help the country overcome the current huge housing challenges.

Good Presidents Are Out Of Spiritual Calling. Dr. Ssekimpi