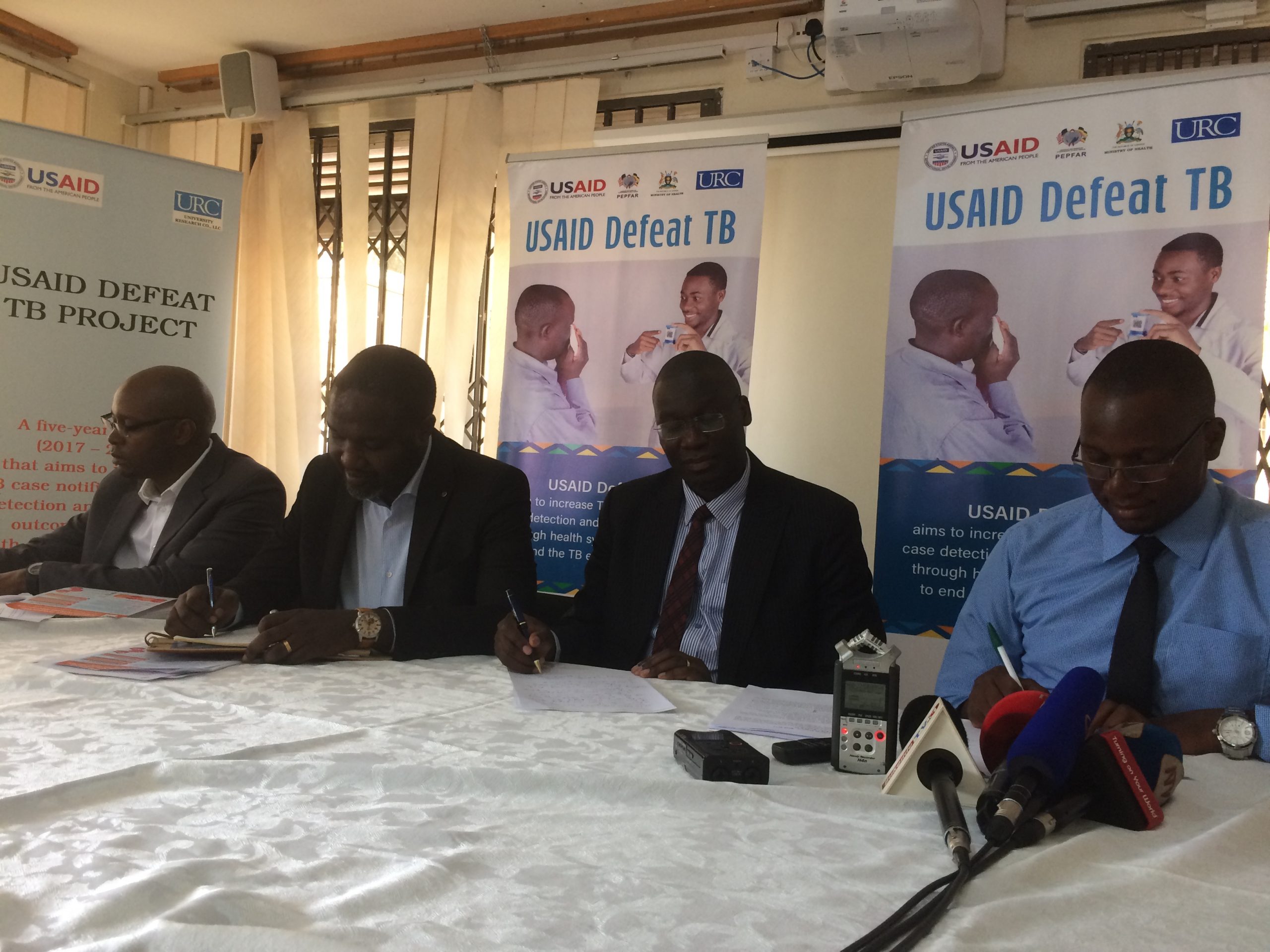 A survey carried out last year in the urban districts of kampala, Mukono and Wakiso indicates that the three districts are highly burdened with high TB prevalence with a total of 59,781 screen people, 1,675 had TB.

The chief of party, USAID-Defeat TB project, Dr. Nkolo Abel says, the three urban districts are a high risk area for people to easily contract TB due to the high numbers of people living and working in these districts.

However, the director public health in KCCA, DR. Okello David together with Dr. Kenneth Mutesasira, the technical advisor USAID-Defeat TB project confirm that places like, taxi parks, bars, markets, prisons are the highly risk areas for one to contract TB being that its where most people mainly men congregate.

Meanwhile, Dr. Kazibwe Andrew, the one in charge of community TB interventions on the project notes that the most people in these three districts are reluctant to go for check up to know whether they are carrying the TB germ or not which has escalated the numbers of people carrying the disease coupled with poor treatment adherence, dropping out on treatment among other factors.

With TB being among the leading killers in the world and Uganda in particular accounting for over 6000 deaths a year, experts are urging govt to increase on the funding towards treatment, screening of TB, and also the community to increase on its awareness towards the disease.

Government spends UGX.12M on fully treating a TB patients and research shows that over than 40% of the TB patients reduce their on their incomes due to treatment that requires them to either stay home for some long time or pay huge sums of money for treatment in a private facility.

TB is transmitted by coughing, sneezing, spitting  in public

Uganda will be joining the rest of the world to mark the world TB day that falls on 24th march every year with the main celebration to be held in Ntungamu district.